In this game, two characters are tied to each other using a chain. They have to cooperate to avoid obstacles and defeat an enemy boss who is constantly throwing attack at them. The game can be played by two players or one player with an AI partner.

The game generates its level randomly by stiching together manually-designed “chunks”.

As the main programmer in a team of 5, I was responsible for most of the gameplay programming. My contributions include: 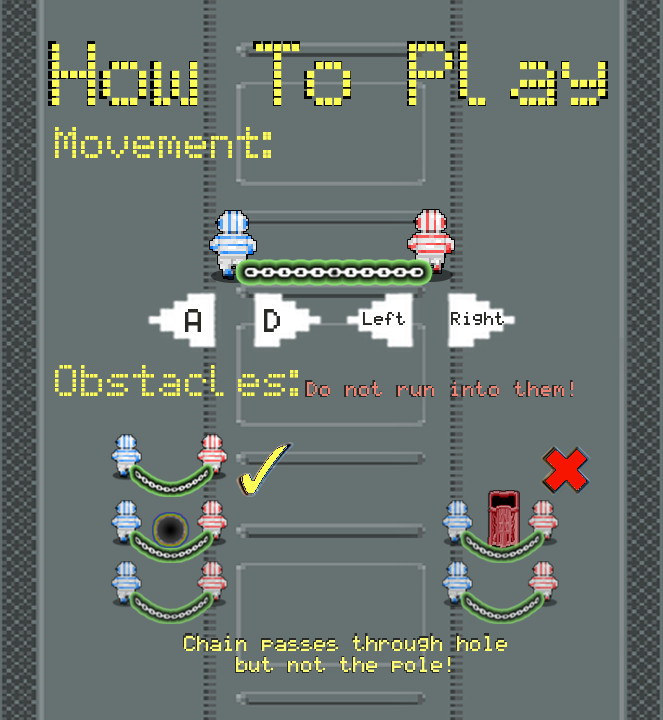 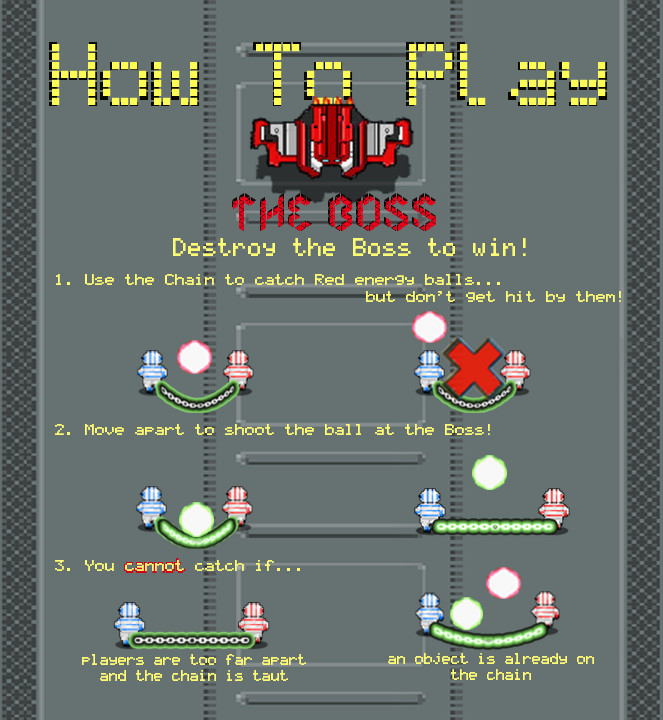 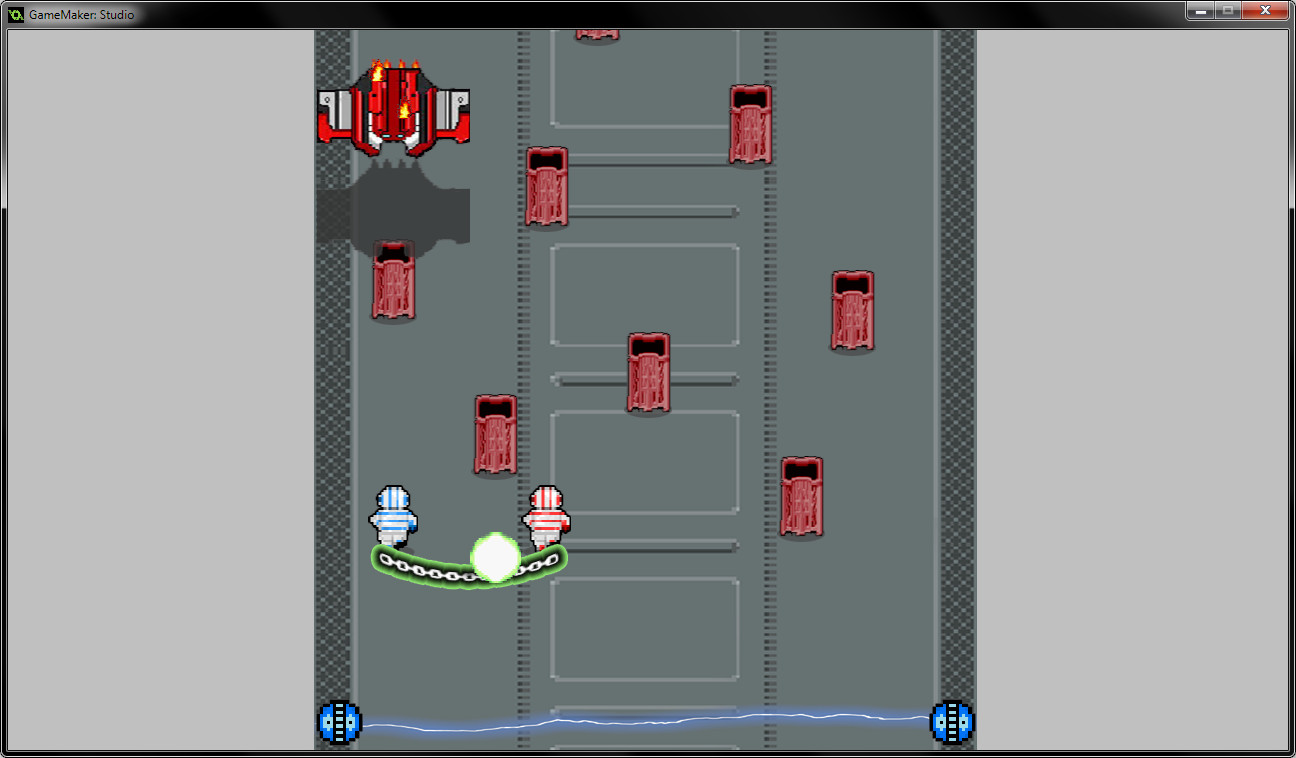 Catching the energy ball shot from the boss 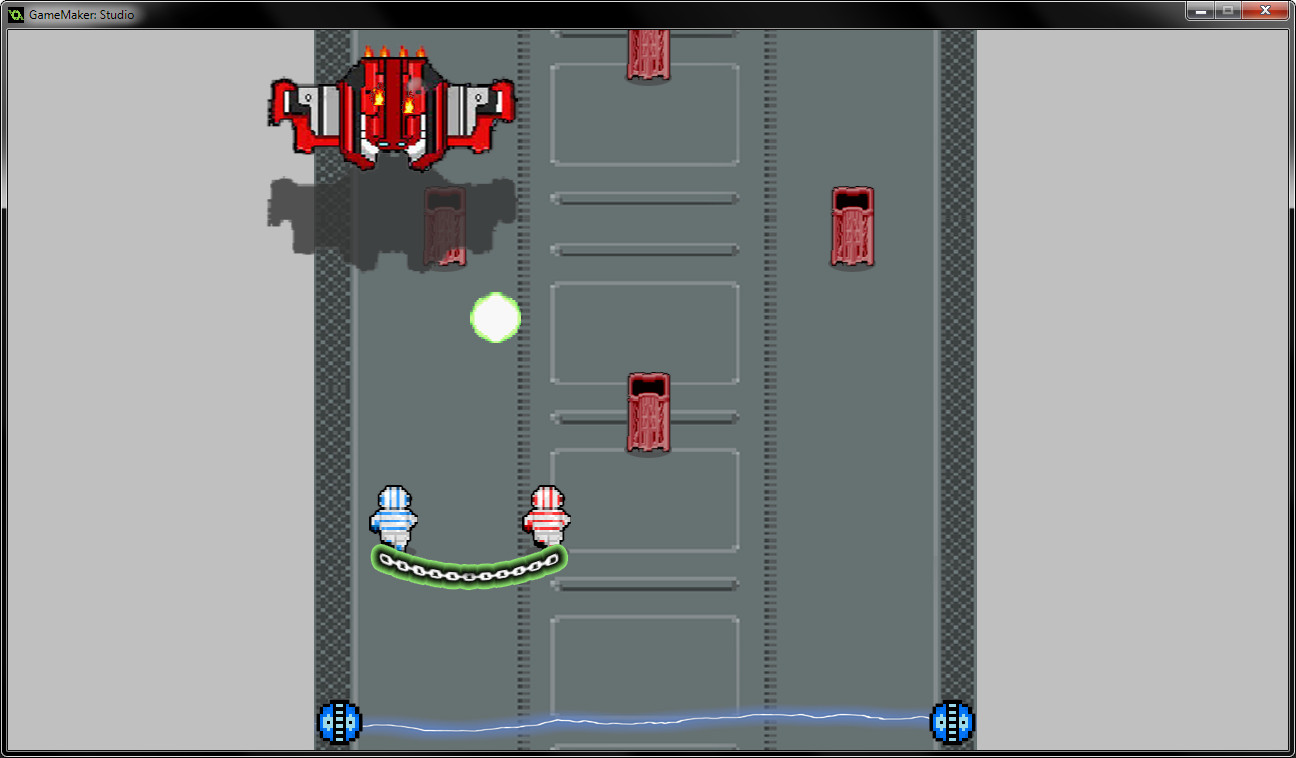 Shooting the energy ball back a the boss